Free Css  menus give you a gallery of Drop Downs to play with and manipulate. If you aren’t that good with CSS, perhaps you might give me a call for a private, one on one session. As long as you speak very good english, you can be anywhere on our Planet. If you know some CSS, but just need a little guide as far as how to manipulate the Free CSS Menus, then you might want to watch my instructional video; 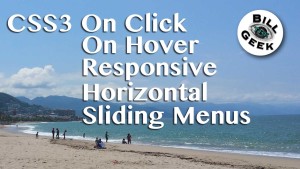 This list is right below. But, my goal is to share this with web developers all over our Planet, so for me to get to page one on Google with this I have to say, “Free CSS  Menus,” one more time.

The Code for One Css Drop Down Menu

Below are Free CSS Menus Generators

Enjoy, make a Million with your Web Development!

By the way, though I have written code for that last 25 years, over the past few years I have created most of my sites using WordPress.  I use a WordPress theme called Divi.  I think it’s the best out there.  WordPress and Divi saves me lots of time and money.